Our recommendations for a 15-day journey to Western Australia’s south west. One of the most beautiful places in Australia with an abundance of magnificent landscapes to enjoy, no matter what time of the year, there is so much to see, do and experience… Your challenge will be to fit it all in your itinerary! 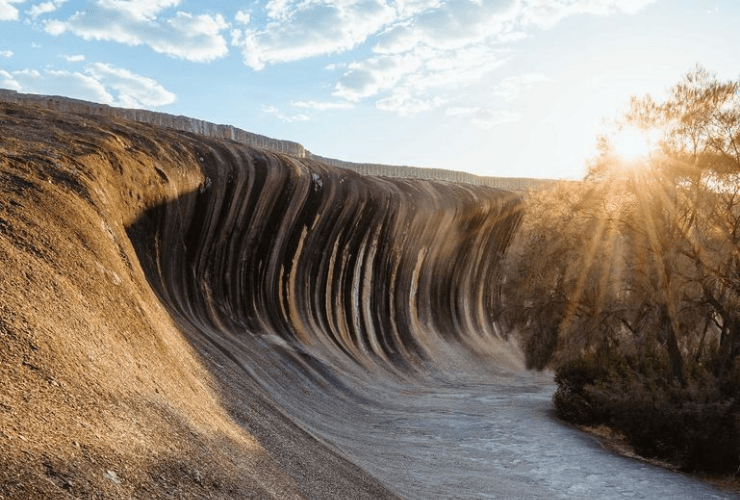 Depart Perth after picking up from Crikey Camper Hire and travel east to Wave Rock.

Enjoy a walk around this prehistoric rock that looks more like a crashing ocean wave.

Leave Wave Rock and drive towards Esperance, the gateway for the magical south coastal beaches.

Stay overnight at one of Esperance’s wonderful holiday parks where you can base yourself for the next 3 nights. 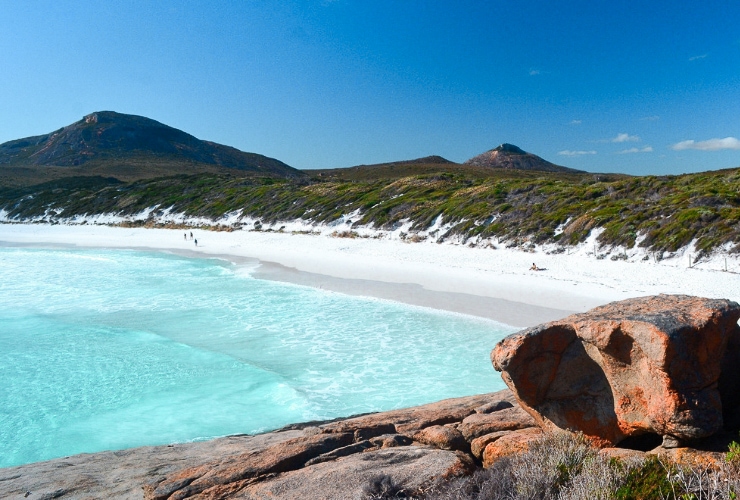 Characterised by stunning bays, rocky headlands, heath-covered sandplains and an impressive chain of peaks including Mount Le Grand and Frenchman Peak, Cape Le Grand National Park is not to be missed.

Lucky Bay in Cape Le Grand National Park is rated as one of the country’s best beaches for its pure white sand and clear turquoise water as well as famous kangaroos lazing in the sun.

Keep an eye out for migrating whales! 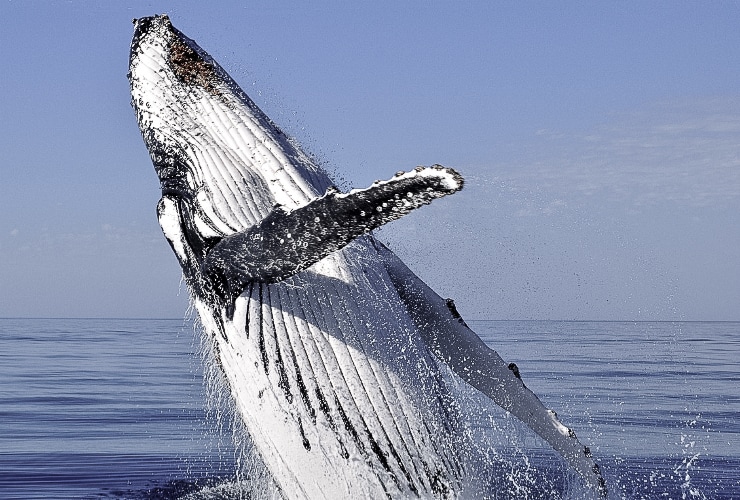 Stay at Middleton Beach Caravan Park. Which has fantastic proximity to the beach with whale watching from July to October each year!

Rugged coastline and history awaits you in Albany, the spot where the first European settlers set foot in Western Australia.

There is so much to see and do whether you would like to visit wineries, four-wheel driving, hiking, cycling a section of the Munda Biddi or learning about Albany’s past.

For the dramatic landscapes, head to Torndirrup National Park where fantastic new facilities showcase the Natural Bridge and The Gap.

The Southern Ocean crashes underfoot as you stand on the award-winning platform that extends about 4 metres over the granite rocks! Truly breathtaking experience!

Not afraid of heights? Then head to Porongrup National Park for a day, where you can climb the Granite Skywalk, which spirals around a huge granite outcrop named Castle Rock. 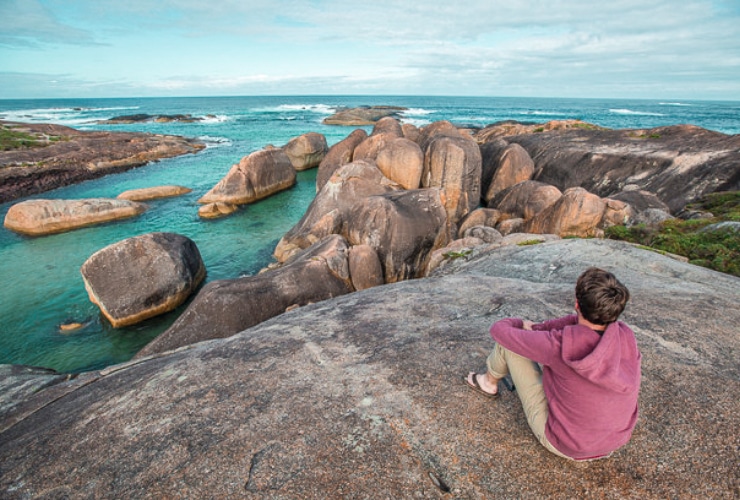 Leave Albany and head towards Walpole.

Stop at Williams Bay National Park in Denmark on your way and explore Greens Pool, Elephant Cove and Elephant Rocks. The giant granite boulders are amazing!

Keep an eye on the water if you are in the area between June and October for passing Southern right whales.

If you are hungry there are a few places worth stopping at on the way to Walpole including Bartholomews Meadery, selling all sorts of honey products and the toffee factory, offering cider, toffees and home-made burgers!

Once in Walpole, set up camp in one of the tree-lined caravan parks and enjoy the tranquillity and sounds of the forest. 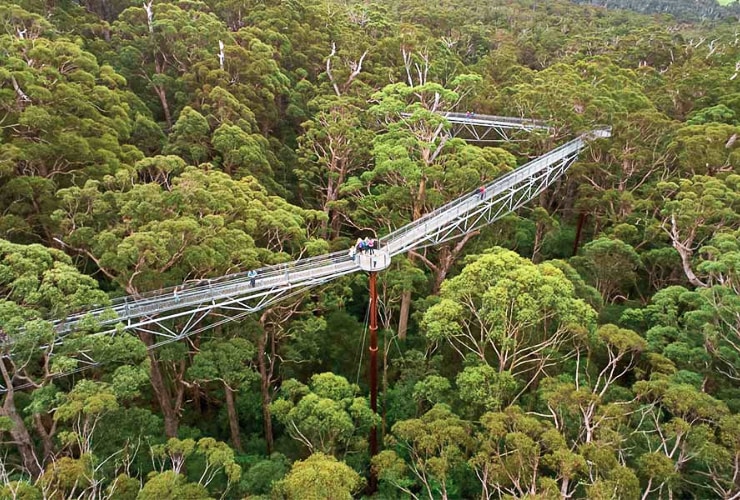 Enjoy a day exploring the coastal town of Walpole, where the forest meets the coast. Sample the local cuisine as well as outstanding artwork and craftsmanship in the local galleries.

Walpole-Nornalup National Park provides a range of attractions such as the Tree Top Walk which enables you to walk among 400-years-old tingle trees. You can also traverse a hollowed tingle tree when walking the Ancient Empire Walk.

Don’t forget to stop at the visitor centre where you can learn more about the settlement of Walpole and get your Tree Top Walk tickets at the same time!

Leave Walpole behind and head towards Pemberton. Don’t forget to stop at Mandalay Beach with amazing views of the ocean!

Enjoy the day among giant karri trees! Pemberton has so much to offer if you are a nature lover. From mountain biking in the park adjacent to the Pemberton caravan park to exploring the Cascades and Beedelup Falls, you will not be disappointed.

Leave the forests of Pemberton and head to the world famous Margaret River Wine region.

Stay at Taunton Farm Holiday Park. A Great location to set up for a few days to explore this fantastic region.en Swim at pristine beaches, surf, explore ancient caves, stroll through the Boranup karri forest, sample world-class wine and beers, savour delicious food and visit art galleries and quirky shops. Margaret River is a popular destination and we are sure you will have a great time there!

The Margaret Region stretches between Cape Naturaliste and Cape Leeuwin and incorporates the town of Busselton, Dunsborough, Yallingup, Cowaramup, Margaret River and Augusta.
If you have more days to spend, we would highly recommend exploring as much as you can!

Visit the Busselton Jetty and the amazing Underwater Observatory, head west to Dunsborough and visit the Cape Naturaliste Lighthouse and Sugarloaf rock or Canal Rocks, and why not stop in Yallingup to explore Ngiligi Cave and much more? Even Cowaramup will catch your attention with its fireglass cows in the streets!

At the southern end of the cape is Augusta with its historic Cape Leeuwin Lighthouse and it’s also the best place for whale watching between June and August. 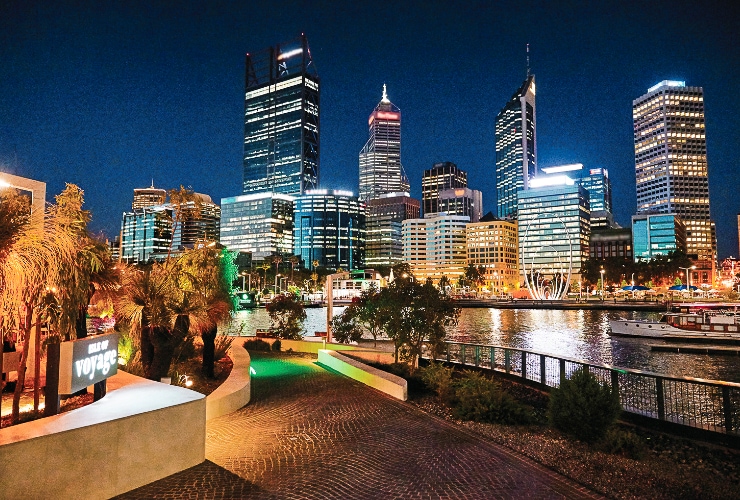 Leave Margaret River and arrive back in Perth.

Total kilometres: 1,861
Total travel hours: 20
Travel times are estimated based on an average speed of 80km p/h and should, the maximum legal speed while towing is 100km p/h and should be adjusted to suit road conditions and weather. The travel times indicated should allow for delays due to road works, traffic, fuel, food and bathroom stops. Travel times and distances are approximate and we recommend using as a guide only along with a published book or GPS navigational system.